Various manufacturers offer a wide variety of baseball bats. Some of these are created for younger players are different levels of the sport, while others are for more senior players.

For this reason, the bats are categorized separately, which makes it easier for you to identify which bat is right for you or your young one. Senior League Bats and Youth Baseball Bats are two categories that feature bats for younger baseball players.

That being said, several other differences stand apart from the two categories of bats. It is important to understand these differences before you buy a bat for your young one.

Getting the correct bat will let the player swing it more naturally and deliver a more effective performance. On the other hand, getting the wrong bat might bar them from playing in a league that has strict rules.

Without further ado, here are some of the notable differences between the two bat varieties. 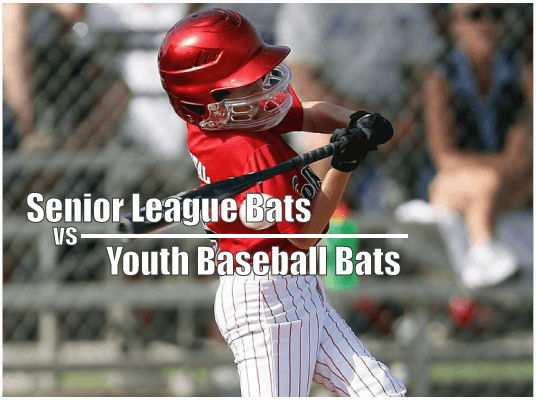 Youth baseball bats, as well as Senior League bats, are required to follow strict length regulations. In the case of youth bats, the length restriction is 36 inches. They may be shorter than 36 inches, but they must not exceed beyond this limit.

This is probably because youth bats are meant to make it easier for younger players to hit. In contrast, Senior League bats are a step up and make it slightly harder to hit by forcing players to be more accurate and precise.

It is important to note here that no hard and fast rules distinguish the weight requirements for these bat varieties. However, there is the general practice. In general, Senior League bats will weigh from 14 to 28 ounces. Youth bats, on the other hand, do not have a hard and fast weight range.

In both cases, the correct bat weight is correlated to the height and weight of the player. The taller and heavier a player is, the more likely a heavier bat will be the right choice. Similarly, a shorter or more lightweight player will benefit from a lightweight bat.

This is where the two categories of bats differ most notably. The regular youth baseball bats come with a barrel diameter of 2 1/4 inches. Some leagues stipulate that this limit must be followed, not allowing bats with a larger diameter. Other leagues allow youth bats with a larger barrel, in other words, the Senior League bats.

Senior League bats, or the Youth Big Barrel bats, come with a barrel diameter of 2 5/8 inches or 2 3/4 inches. The bigger barrel offered in the Senior league bats translates into greater hitting power for the players. This is important as the player’s progress in their skill, age and game level.

The youth baseball bats have smaller barrels simply because a lightweight bat with a good and easy swing is more important for the younger players. Smaller barrels enable this by diminishing the overall weight of the bat.

When you review Senior league bats and youth baseball, you will see a considerable difference between their length range and weight options. This difference also results in a difference in weight drop.

Senior League bats have a weight drop range of -5 to -12. Youth bats, in contrast, have a weight drop of -10 to -13.5. Younger players who need more lightweight options should ideally go with the higher weight-drop options of the youth bats. On the other hand, players who can swing powerfully or need a heavier bat to complement their own height or weight should ideally prefer the big-barreled and heavier Senior League bats. 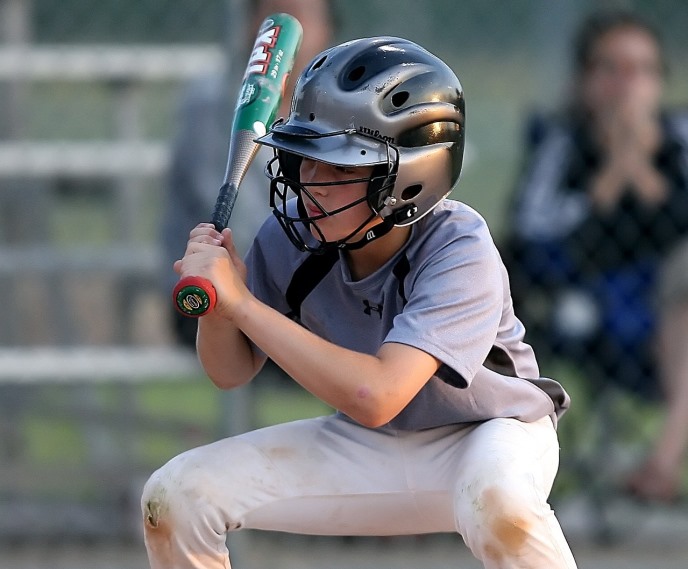 Senior league bats are a transition between youth bats and BBCOR bats. Youth bats are lightweight, easy to swing and carry a medium barrel. So these bats are not focused so much on the swing power as they are on the swing speed and the mechanics of hitting. Players need to focus on the basics and master them before caring too much about hitting hard at the early stage.

It is also important because BBCOR bats are the standard for high school baseball. And these bats have a weight drop of -3, which means that they are considerably heavier than youth bats. A transition directly from youth bats to BBCOR bats will simply not work. This is why Senior league bats offer a buffer between the two bat varieties.

As younger players master the big-barrel hitting of the Senior League bats, they are physically and mentally prepared to take on the more challenging BBCOR bats once they reach high school. Transitioning across these varieties must be gradual so that players are well-prepared and ready.

Other Awesome Articles on Our Site: