I’m Chief editor of PineTarPress.com. Baseball is more than America’s pastime for me. It’s a passion. Enjoy this glimpse into the sport that makes me feel most alive. If you have any suggestions, just contact me via email immatthewgordon(a)gmail.com. I’m happy for that and making feedback to you soon at possible.

I’m a fan of all aspects of America’s favorite pastime. For generations my family has played and followed the amazing sport of baseball. I began collecting baseball cards at an early age and knew every player in the league by age seven.

I played ball at Shawnee Mission North and California Baptist College in Riverside California then graduated from KU. After eight great years living in Los Angeles I returned to KC. Later, I got involved with the Royals hosting the post game show on 610 sports radio in 2008 and 2009.

Kansas City baseball is special to me. Generating excitement about the Royal’s minor league system is one of the main ways we can bring KC back to baseball’s promise land. When the Royals dominated the league, most fans knew our minor league stars.

I remember following all of the minor leaguers including guys like Darryl Motley, Butch Davis, Keith Creel, and Frank Wills. Supporting today’s minor league stars like Moustakas, Hosmer and Montgomery will bring us back into the national spotlight.

This website is a vehicle to build fan support of our farm system. I want my son to enjoy Kansas City baseball at its pinnacle again. Let’s assure a successful future for Royals baseball.

I have been a Royals fan since the organization was founded in 1968. My grandfather started taking me to baseball games when I was barely 3 years old and I saw some of the last games played by the Kansas City Athletics at old Municipal Stadium.

I still have many of the souvenirs I collected over the years and my prized possession is an authentically signed baseball from the entire 1979 roster that was presented to me by Larry Gura.

On a personal note, I am a graduate of Northwest Missouri State University (Go Bearcats!) and I have been married to my beautiful wife Darla for 20 years. I have two children and a lot of animals….

My main job on this site is to provide the web administration and new features to make sure the fans can find what they need.

I can’t tell you the exact date I became a Royals fan because it was just ingrained in me from the time I was two years old because that was who my fathers favorite team was.

We lived in the country where cable couldn’t reach us and before the invention of small dish tv so the greatest memories of that time revolve around playing sports with my friends and listening to Fred White and Denny Mathews on the radio during every car drive or just sitting on the deck outside in the summer.

My favorite Royals moment ever is the night at the K during one of our family vacations when the Yankees jumped out to a big league only to have George Brett hit a game leading 8th inning home run as my cousin and I literally prayed with our eyes closed.

I opened my eyes just in time to see the ball clear the RF fence, I remember thinking I had this power over the game, I guess thats what creates superstition in players it was fantastic. George, Frank, Bret and others started my obsession with baseball and while I’ve came around to the numbers side of the game I prefer the prospect and playing aspect, I love the dream and the probability of things I guess.

A bit more about me I’m married with two boys and another on the way we live in Omaha (because its cheap I’d rather live in LA she’d rather live down south) and I own a small cab company across the river in Council Bluffs as well as a mechanic shop after managing at several different car dealership for 12-13 years. I’ve done some other weird/interesting things in my life but now my focus is on building a legacy to give to my kids and my wife while also watching plenty of baseball for myself. You can follow me @ClintScoles thanks for reading

I’ve been a Royals fan since the day I was born. A lot of people say that, but very few truly mean it the way I do. I had a George Brett onesie and was lucky enough to at least be alive when the Royals won their first and only World Championship.

I always loved baseball growing up. I’d have the Royals game on the radio with a Cubs or Braves game on television with the sound turned down. While my house was a Royals house through and through, I knew I could never leave those guys when I saw George Brett kiss home plate in his farewell run around the bases.

I’ve lived in Kansas City my whole life (outside of college) and couldn’t imagine living anywhere else. A lot of that is because of friends and family, but a portion larger than I’d previously been willing to admit is the Royals. They’re my team and I love them.

Outside of baseball, one of my greatest joys in life is writing. And because I feel the need to bring everything in my life back to baseball, I started blogging about the Royals and now have the opportunity to share my opinions with all of the awesome readers of our site. To me, that’s pretty incredible.

First off , I want to thank Greg for the opportunity drink beer and write about it on Pinetar Press! Seriously, this has to be one of the 5 best jobs in the U.S. to have!

A little about myself and my love of craft beer. I grew up like most…I used to party all the time and drank bad beer in stupid quantities! Well, I was young and stupid…little did I know there is a lot more out there than the Bud, Miller and Coors had to offer, I began to take an interest in craft beers. After that, I began to take more of a interest in what went into them.

I remember my dad always mentioning home brewing as something he would like to try when I was younger. So I did! Now, myself, my father Steve and brother Bobby have becomed hooked on home brewing as well and craft beers to the point where we all have a obsessive but satisfying relationship with beer! I’m here to spread that beer is not made for mass consumption, but for enjoyment and pleasure in moderation! Cheers! And I hope you all enjoy!

Interest include anything with the Royals, Chiefs and Mizzou. NBA wise, after spending time living in Tulsa for a few years I became a fan of the Thunder! Now live in Columbia MO where I work in Insurance and spend my spare time golfing, waterfowl hunting, fishing and homebrewing. No wife or kids so spare time is not an issue!

In an attempt to be both clever and informative (while likely failing to reach either) I’ve pin pointed the exact moment I fell in love with the Kansas City Royals: July 25, 1994- Bob ‘Hammer’ Hamelin, in the midst of a Hosmer-esk rookie campaign (Hosmer reference being a shameless attempt to connect with you, younger reader) , hits a 3 run bomb in the 12th off of White Sox closer extraordinaire Roberto Hernandez to spring the Royals to a 6-4 victory over the Pale hose. What literally began with a bang has since become a passion, even from 512 miles north.

Born and raised in Chicago, Illinois while having a father who did the same in Kansas City, a distane for the White Sox was a given…as I suppose was being seduced by the warm embrace of the Friendly Confines of Wrigley Field and the Chicago Cubs to help satisfy my need for live Major League baseball action between trips to see a Kevin Appier or Tim Browning start. Between the two teams, I’ve found that I have developed three things: 1.) An apparent glutton for punishment 2.) a wardrobe full of blue and 3.) an almost obsessive desire to find and evaluate talent that can help end my, er, the teams misery.

It’s the latter developed traits that lead me though a playing career that lasted into college, that kept me awake through econ classes hoping to better understand the algorithms of Bill James and later into the wonderful world of WAR, PECOTA and dozens of other informative stats and that has lead me here, to Pine Tar Press, to gather every bit of information I can to help entertain, invigorate and educate all of you.

It’s true, regardless of what I’m doing; I have baseball on the brain. I’m a Kansas City, KS native, and have been a lifelong Kansas City Royals fan. I played high school baseball at Turner High School, and went on to play collegiately at Ottawa University (Ottawa, KS). At one point, I held two university records.

The first was for strikeouts. Pretty cool, right? Well, I wasn’t a pitcher. The second record was for Grand Slams (4). Luckily someone has come along and erased me from the record books with regards to strikeouts, not sure about the Grand Slams.

Since college, I’ve dedicated my career to law enforcement. My father and grandfather were police officers in KCK for 25+ years each, and I decided to follow their footsteps. I served as a police officer in Ottawa, KS for a few years, and then took a leap of faith by moving to Cincinnati, OH with a girl I was hoping to make my wife someday.

While in Cincinnati, I worked as a juvenile probation officer, which is what I currently do in Wyandotte County. I’m also a high school baseball coach at my alma mater, Turner High School. I’m an assistant varsity coach, and the head junior varsity coach.

What happened to that girl in Cincinnati? I eventually proposed to her while we lived in Cincinnati, she said ‘Yes’, and we decided to move home to Kansas City. We’re expecting our first child in late March (2012), but in the meantime we continue to spoil our precious English bulldog, “Dotte” (we pronounce it Dottie).

Thanks to Greg and the rest of the Pinetarpress crew for welcoming and allowing me to contribute to their stellar site. I’ve been lurking for a while, and jumped at the opportunity to become a contributor. Baseball, and more specifically, Kansas City Royals baseball is a deep rooted passion for me, and I look forward to being able to write about various Royals topics. 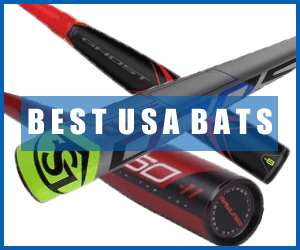